To receive the Stroke Gold Plus Awards, Upstate achieved 85 percent or higher adherence to all Get With The Guidelines-Stroke Quality & Achievement indicators for two or more consecutive 12-month intervals and achieved 75 percent or higher compliance with six of 10 Get With The Guidelines-Stroke Quality Measures, which are reporting initiatives to measure quality of care.

These measures include aggressive use of medications, such as antithrombotic, anticoagulation therapy, deep vein thrombosis prophylaxis, cholesterol reducing drugs and smoking cessation, all aimed at reducing death and disability and improving the lives of stroke patients.

In addition to the Get With The Guideline-Stroke Gold Plus award, Upstate University Hospital has also been recognized as a recipient of the Target: Stroke Honor Roll for improving stroke care. Over the past 12 months, at least 50 percent of the hospital’s eligible ischemic stroke patients have received tissue plasminogen activator, or tPA, within 60 minutes of arriving at the hospital (known as ‘door-to-needle’ time). A thrombolytic, or clot-busting agent, tPA is the only drug approved by the U.S. Food and Drug Administration for the urgent treatment of ischemic stroke. If given intravenously in the first three hours after the start of stroke symptoms, tPA has been shown to significantly reverse the effects of stroke and reduce permanent disability.

For the second year in a row, Upstate has received the Get With The Guidelines®-Heart Failure Gold Plus Achievement Award from the American Heart Association.

To receive the Heart Failure Gold Plus from the American Heart Association, Upstate reported 85 percent or higher adherence to all Get With The Guidelines-Heart Failure Quality Achievement indicators for two or more consecutive 12-month intervals and have achieved at least 12 consecutive months of 75 percent or higher compliance with four or more Get With The Guidelines-Heart Failure Quality Measures to improve quality of patient care and outcomes.

Included among Upstate’s distinctions are:

- Upstate was the first hospital in Syracuse to be recognized as a New York state-designated stroke center and is the first in New York to be certified as a primary stroke center by the DNV accrediting agency.

Upstate will award 502 degrees and seven professional certificates to graduates... 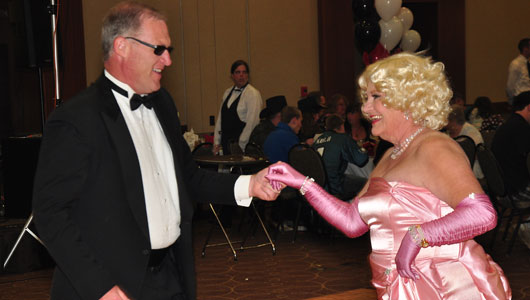 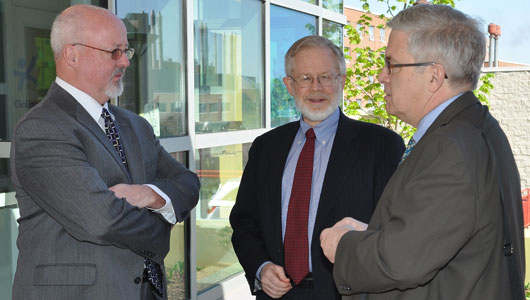