SYRACUSE, N.Y.-- Since 2002, the fund has awarded Upstate researchers a total of $2.75 million to further their studies into the cause of breast cancer. In addition, the Baldwin Fund also sponsors two annual endowed lectureships focused on breast cancer developments.

“It is important to continue the search until a cure for breast cancer is discovered,” said Beth Baldwin, whose mother, Carol, herself a breast cancer survivor, founded the Baldwin Fund. “We appreciate the support we receive from everyone who participates in our events. Their continued support will help to further knowledge into the cause of this disease and will take us closer to finding a cure. We owe it to the women who have lost their lives to the disease and to those who have survived,” she said. Baldwin adds that 100 percent of the funds raised locally through their events remain local to support research into finding a cure for breast cancer.

The Baldwin family dedicates their research grants and the endowed lectures in memory of women who have been affected by the disease.

The 2012 research grants are dedicated in memory to the following women (names in bold):

The study, “Identification of New Combinatorial Drug Targets for Breast Cancer,” looks for genetic vulnerabilities in breast cancer cells that could be exploited to develop new combinatorial drug therapies for breast cancer. The study is focused on identifying new genes that when partially down regulated can lead to selective killing of breast cancer cells when simultaneously treated with anti-microtubules drugs, a major class of chemotherapy agents. The goal is to identify combinatorial therapies that are effective, selective for cancer cells but are less toxic to normal cells. The principal investigator of this study is David Amberg, Ph.D.; co-investigator is Saeed Sheikh, M.D., Ph.D.

This study, “The Interaction Between Adducin and NHE1 in Breast Cancer Cells,” looks at the way adducin, a protein that regulates many cellular functions and NHE1, a protein that helps regulate the pH of the cell may work together to suppress breast cancer cell growth and prevent spread. Recent studies have shown that NHE1 has an important role in preventing tumor spread [metastases] by regulating the pH in the microenvironment of the cell. Adducin is involved in regulation of cell shape, motility, and cell-cell junctions. This work may lead to new treatments for breast cancer. The principal investigator is Diana Gilligan, M.D., Ph.D.

Current Breast Cancer treatments directed to interfere with specific cell functions has been highly effective, although tumors do become resistant to these treatments. Breast cancers that are ‘triple negative’ are not able to be treated by some of the most effective specific therapies. This study will examine the SHIP1/2 proteins which activate another pathway involved in cancer cell survival. In a number of cancers, inhibiting the SHIP1/2 proteins can kill the malignant cells. Should they also inhibit cell survival in breast cancer, a new line of treatment may become available. William Kerr, Ph.D., is the principal investigator for this study, “Targeting SHIP1/2 in Breast Cancer.”

Satish Krishnamurthy, M.D., is the principal investigator for this experimental study titled, “A New Drug Delivery Method to Manage Metastatic Breast Cancer.” Serving as co-investigator is Jing An, MD. Each year in the US, 30,000 people die because their breast cancer has spread to their brain. Chemotherapy, which is one of the most effective treatments for breast cancer, does not get into the brain from the blood vessels through which it is delivered. Krishnamurthy and his team have discovered that dextran when modified does cross the blood brain barrier. They will see if other chemicals can be modified in the same way as dextran and can be used to carry chemotherapy into the brain. This would then allow the chemotherapy to effectively treat the cancer within the brain.

This study is titled, “Translating to Clinical Practice: CT-based Fracture Risk Assessment in Metastatic Breast Cancer Lesions.” Serving as principal investigator is Kenneth Mann, Ph.D.; co-investigator is Timothy Damron, M.D. Current studies do not predict very well which bones with metastatic cancer lesions will fracture. In a previous clinical study done at Upstate Medical University only 1/3 of those predicted to fracture actually did. Because it is difficult to predict which bones will fracture, patients might have had an unnecessary operation. Mann and Damron will study two new research methods of assessing fracture risk in a group of patients with metastatic breast cancer in their bones to see if these methods, structural rigidity analysis (SRA) and CT-based finite element analysis (CT-FEA) are better methods of predicting fracture risk.

Caption: Diana Gilligan, MD, Ph.D., associate professor of medicine and biochemistry and molecular biology, is principal investigator of study supported by the Baldwin Fund that will examine how proteins may suppress cancer cell growth. 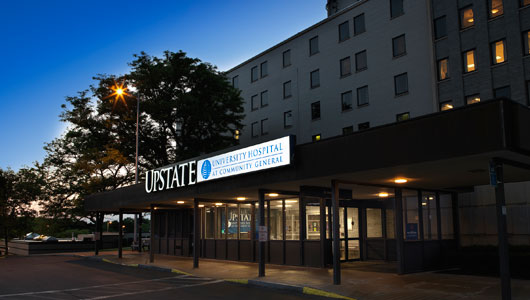 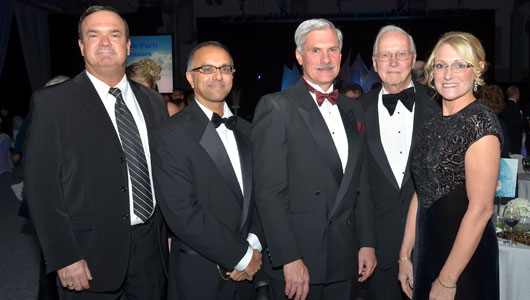 Upstate will create an endowed professorship in honor of retired nephrologist,... 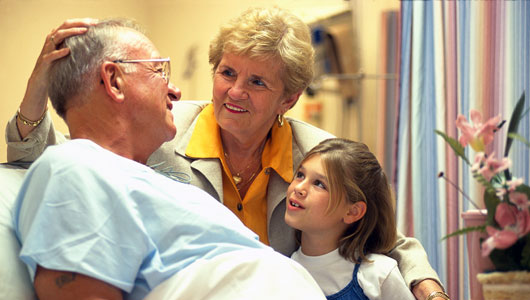 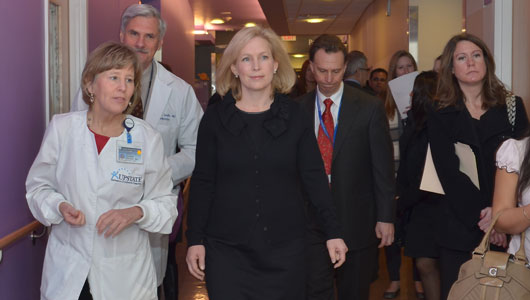