SYRACUSE, N.Y.-- With a clear vision and a good action plan, much can be accomplished in 15 years as evidenced by the Center for Vision Research (CVR) at Upstate Medical University.

Celebrating its 15th anniversary Friday, Oct. 19, the CVR has grown from a three-person enterprise to one that has attracted world-class researchers and created significant collaborations that have garnered millions of dollars in research funding, resulting in important breakthroughs into the causes of eye disease.

In fact, since its inception in 1997, the Center has brought more than $21 million to Upstate from governmental agencies, private foundations, contributions from grateful patients, and District 20-Y1 Lions.

As the funding has grown, so has the number of CVR members, now totaling more than 40 people. And, according to CVR founding member John Hoepner, MD, the CVR has distinguished itself as the largest clinically focused research group at Upstate

“Our primary goal was to enhance the research and training efforts of vision scientists in our region,” said Hoepner, professor and chair of Upstate’s Department of Ophthalmology and CVR administrative director. “The CVR really got off the ground when Bob Barlow agreed to join Upstate. He teamed up with Barry Knox, PhD, (current chair of Neuroscience) to build the new unit.”

“Bringing Bob Barlow and Barry Knox under the same roof made very dynamic cooperation possible,” said Hoepner.  “These two giants in the field of vision research were able to attract top notch scientists to Syracuse.”

The CVR’s long-term goal, says Hoepner, is to provide cures for conditions that cause blindness. “This can only be achieved by providing an environment that fosters scientific collaborations and that attracts the best, brightest, and most innovative scientists who either use, or create, new technologies to achieve those goals.”

To help foster these collaborations, the CVR will move from its current Weiskotten Hall location to Upstate’s Institute for Human Performance in August 2013. “This move will allow the CVR to pursue its research using an interdisciplinary and interdepartmental approach as our researchers work with colleagues from a variety of disciplines,” Hoepner said.

- In 1997 the CVR, with the help of Upstate’s Foundation, began the Vision 2000 funding-raising campaign with a goal of raising $1.2 million to increase the awareness, recognition, and funding to advance ophthalmology services and research at Upstate. With the help of Lions Clubs of District 20-Y1, the campaign raised more than $1.5 million in an endowment set up to support vision research.

- The CVR has attracted more than $21 million in funding from governmental agencies and private foundations since its inception. The largest amount of funding has come from the National Eye Institute with more than $13.5 million awarded to CVR researchers.  Research to Prevent Blindness, the leading voluntary health organization supporting eye research directed at the prevention, treatment or eradication of all diseases that threaten vision, has awarded the CVR more than $2.3 million.  This has included a Challenge Grant, an Unrestricted Grant to the Department of Ophthalmology (for 12 years), as well as multiple Career Development Awards and a Senior Scientist Award.

“The Center for Vision Research is living proof that we can attract top notch people to Central New York to work in an environment that allows science to advance,” Hoepner said.

Upstate has largest class in its pharmacy residency program 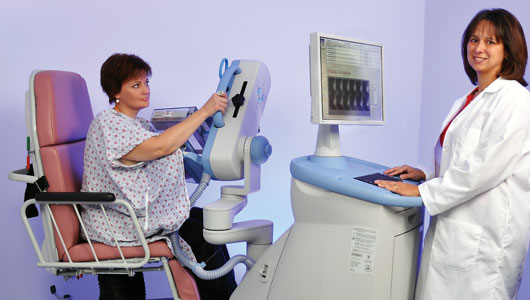 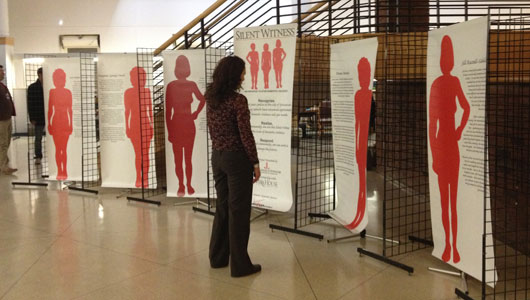 Shine the Light on Domestic Violence campaign at Upstate

As part of its support of the statewide Shine the Light on Domestic Violence...

Images of colorful masks that young patients created to express their emotions...