SYRACUSE, N.Y.-- It is fascinating to read the resumes of Upstate Medical University students Chigozie Onyinana and Kasandra L. Scales, recipients of 2012 SUNY Chancellor Awards for Student Excellence. Between the two of them, they have excelled in scholarship, assumed leadership roles at their university and in student government, professional and civic engagements, and have represented Upstate as ambassadors to the university’s many communities--all while maintaining enviable grades and high student rankings.

Onyinana and Scales are among 257 students from SUNY’s 64 campuses to receive this prestigious award that is comprised of a certificate and a medallion, traditionally worn at commencement.

“The students we honor have taken full advantage of the academic and extracurricular programs that SUNY provides both in the classroom and in the community,” said SUNY Chancellor Nancy Zimpher, PhD. “These proven leaders truly represent the power of SUNY. I congratulate all of the students being recognized (with this award) and thank them for the positive impact each has had on New York state, our university system, and the communities we serve.”

Onyinana will graduate with a bachelor’s degree in medical biotechnology from Upstate’s College of Health Professions on May 20. Following graduation, he will apply to medical school with the hopes of becoming a physician.

Onyinana’s name has appeared consistently on the Dean’s List since he began his studies at Upstate in 2010. Throughout his years at Upstate, his interest in serving the university and the broader community has been made evident through his many commitments. He served in the elected statewide position of director of Campus Relations for SUNY Student Assembly. For Upstate Student Government, he serves as the vice president for Upstate’s College of Health Professions. He helped to broaden the community’s understanding of Upstate when last year he was invited by the president to serve as an Upstate Student Ambassador. As a resident assistant for Clark Tower, he successfully balances his own responsibilities with the needs of the students he supports. He is a student mentor for Mentors in Healthcare, a program for underrepresented students in the health field; serves as vice president for his Medical Technicality/Biotechnology class; is a volunteer at Upstate University Hospital; and along with SNMA helped serve meals to the homeless.

Scales will graduate with an doctor of medicine from Upstate’s College of Medicine May 20. Following graduation, she will begin her residency in obstetrics/gynecology at Upstate.

Scales has earned competitive, merit-based scholarships due to her solid academic record throughout her four years at Upstate, including the SUNY Upstate Medical Alumni Scholarship, the Upstate Citizen Scholarship. Her ability to combine her many leadership roles, on both local and national levels, with her dedicated efforts to better the quality of life in Central New York, has been remarkable. For the American Medical Association, she serves as a council member of its Minority Affairs Consortium, served as a member of its Minority Issues committee, was the first student at Upstate to receive its prestigious Minority Scholars award in 2009, is an inaugural member of its Foundation Student Ambassador program, and held a leadership position for its Doctors Back to School Program.

Scales was successful in drafting a policy, approved by the AMA, to improve public health measures for vulnerable populations in disasters. This was inspired by her work with Hurricane Katrina survivors while she pursued her master’s degree in public health at Columbia University prior to attending Upstate. At Upstate she served on the LCME Student Survey committee, as president of the Family Medicine Club. She helped develop and coordinate Upstate’s Cover the Uninsured Week activities and served as parliamentarian of the Student National Medical Association.

In her community work, Scales served as a volunteer at the Rescue Mission Flu Clinic, the Good Samaritan Blood Pressure Clinic and Food Pantry, the Syracuse City-Wide Health Fair and Screenings, and is a volunteer at the Broome County Free Health Center. She was awarded a research fellowship from The National Institute of Diabetes, Digestive and Kidney Disease in 2010, where she was involved in the Diabetes Support Project at Upstate’s Joslin Diabetes Center. With this project, Scales participated in the design and implementation of a couple-focused lifestyle intervention for adults with type 2 diabetes. 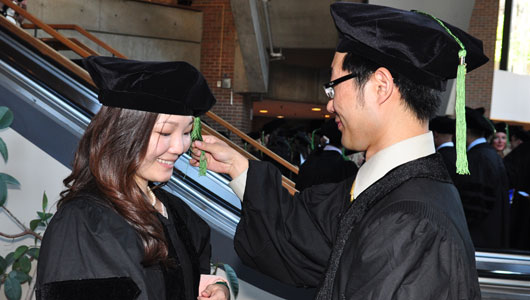 Julie Hyojung Lyou, who graduated from Upstate Medical University May 20, is the... 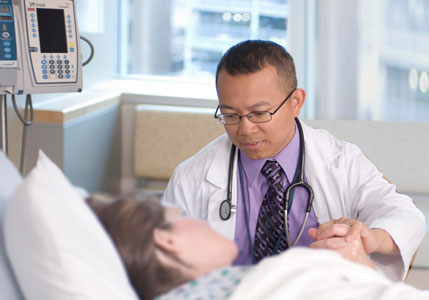 Upstate is the only hospital in the region that has the ability to treat stroke... 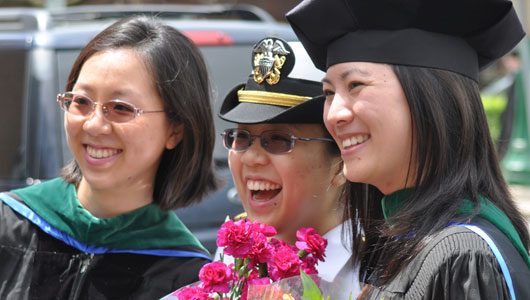 Upstate will confer 506 degrees and 18 professional certificates to graduates of...

Grant from the Community Health Foundation will expand midwifery services for...