Poison prevention is just a phone call away

SYRACUSE, N.Y.-- If there is one message that the Upstate New York Poison Center wants communicated during Poison Prevention Week, March 18 through 24, it’s for everyone to program 1-800-222-1222 into their cell phones. That’s the Poison Center’s telephone number and those few minutes saved from looking it up could make a difference when dealing with a poisoning situation.

“Poisonings can happen at any time and at any age, so it is important to be prepared,” says Gail Banach, director of public education and communications for the Upstate New York Poison Center. “By programming your cell phone, it becomes easier to press one button in a poison emergency than to do a Google search.”

Banach and her colleagues recently collaborated with Time Warner Cable on a public service announcement (PSA) that stresses the importance of programming 1-800-222-1222 into one’s cell phone. Time Warner is currently airing the spot on all of its cable channels at different times throughout the day. In addition to the PSA, 75,000 bookmarks featuring the center’s toll free number will be distributed by public libraries in the Poison Center’s 54-county coverage area. (View PSA).

The Poison Center is also providing information to health professionals about the signs and symptoms of new drugs of abuse, particularly street drugs like synthetic marijuana and bath salts, an unregulated hallucinogenic amphetamine. Poison Center representatives have been talking with the media and engaging in tours of college campuses to educate the public about the perils of using unregulated street drugs.

“We are offering a webinar for health-related professionals at the end of March that will give them important information on the signs and symptoms of drug abuse, particularly the abuse of street drugs,” said Banach. “It will be aimed at health department personnel, social workers, probation officers, WIC caseworkers and others to help them in the field.” The webinar is a follow up to an earlier one the center offered that drew more than 200 webinar participants.

The Poison Center is also engaged in many other poison prevention activities in March, including a mailing of more than 2,000 newsletters to physicians offices, health departments, health educators, school nurses, cooperative extension, and childcare councils. The newsletters remind families to keep prescription drugs “up and away” from young children and to use proper dosing when dispensing medications to children.

“Nationally, we are in the early stages of an advocacy effort to standardize the way medication is dispensed to children, using the more accurate dosage, milliliter, rather than teaspoon or tablespoon dosages,” said Banach. “For now, we encourage people to use the measuring device that accompanies their medicine. Kitchen tablespoons differ in size and therefore are not an accurate measure for medicine.”

During Poison Prevention Week, the Poison Center will also collaborate with students from the schools of pharmacy at the University of Buffalo, D’Youville College, St John Fisher and Albany College of Pharmacy and Health Sciences to develop and conduct poison safety outreach presentations to elementary school children in their local areas as part of their coursework. 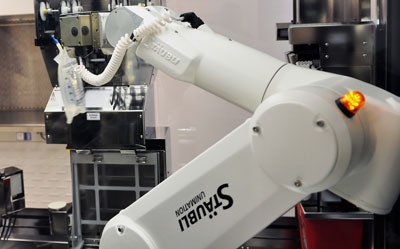 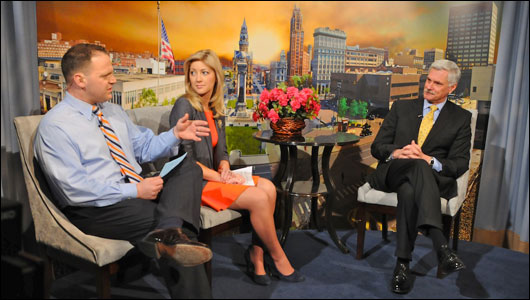