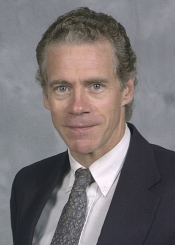 This study examines the neuropsychological changes associated with neurological, neuroimaging and histopathological findings in individuals with a previously unreported familial neurodegenerative disease that is characterized by the presence of undifferentiated inclusion bodies throughout the cerebral cortex, with significant concentration in the substantia nigra. As part of an interdisciplinary research project utilizing neurological exam, EEG, MRI, and SPECT, two generations of family members descended from the first reliably identified individual with symptoms of this disease are being studied using individual neuropsychological assessments. Volunteer family members with cognitive symptoms of varying severity, as well as younger family members who were reported to be asymptomatic, are being examined. To date, neuropsychological testing has indicated cognitive changes in mildly to moderately affected subjects similar to those found in Parkinson''s Disease, consistent with the histopathological findings of concentration of inclusion bodies in the substantia nigra. In more severe cases, progressive deterioration of cerebral functions with relative sparing of recall memory suggests a unique dementia associated with this disease.

Intraoperative Localization of Receptive Visual and Auditory Affect in the Right Hemisphere. With C. Hodge, M. Smith, A. Bragdon and L. Padden.

Interpretation of the emotional component of language and of facial expression has been described as dependent on right hemisphere processing. Support for this hypothesis has come primarily from lesion studies and from tachistoscopic and bilateral auditory studies. As part of the intraoperative functional cortical mapping that is routinely performed on surgical patients with intractable epilepsy, we have been examining this hypothesis by disrupting receptive auditory prosody and receptive visual affect using an Ojemann stimulator during the presentation of auditory and visual affective stimuli. Our early findings have been characterized by interruption of receptive auditory and visual affect during stimulation of the right posterior superior temporal gyrus, with visual disruption generally posterior to verbal disruption.

In conjunction with the above study, we have examined the activation of the right hemisphere of normal subjects during the presentation of content-neutral sentences that vary in emotional prosody. Pilot study results indicate activation of right posterior temporal regions that are not activated during a receptive auditory control task.