Expert Advice: How to help an older person who has fallen

William Paolo, MD, offers advice on how to help an older person who has fallen. He is chief of emergency medicine at Upstate.
010422-paolo-expertarchive-falls.mp3 (2.78 MB)

Host Amber Smith: Here's some expert advice from Dr. Bill Paolo, from the department of emergency medicine and Upstate Medical University. What's the best way to help an older person who has fallen?

Bill Paolo, MD: In the emergency department, we see a lot of individuals who fall, and this becomes particularly worrisome when it is an elderly individual, because there are a lot more injuries that one can have as one is elderly, not to mention the multiple different drugs that can actually cause worsening of the symptoms of the fall.

Bill Paolo, MD: So the first thing you want to do if you encounter an elderly individual who fell is talk to them. Find out if they're in pain, and if they are in pain where they're in pain. We always worry about things like hip fractures. We worry about things like cervical spine fractures, which are fractures of the neck. Now if you are a 24 year old male and you fall, you probably don't worry about this as much. You have to have a significant mechanism. I mean, by that, you have to fall off a roof, you have to be in a car accident. But elderly individuals, due to high rates of low bone density from diseases like osteoporosis and the different medications they're on, can have fractures just from a simple fall from standing. So the first thing we want to do is talk to them and see if they're in pain.

Bill Paolo, MD: The other thing to note is that sometimes because when you get older, your nerves don't function as well, the pain may not be as apparent as it would be to you, if you are having the same type of symptom. So try not to move as best as possible. Wait, if they are in pain for the EMS providers who can stabilize fractures, stabilize cervical spine, before you move them.

Bill Paolo, MD: The other thing to note is that not moving is also a problem. If you're elderly friend or loved one has fallen in their home, and they can't move for a period of time because of pain, this is worrisome as well. We like to get to them because sitting in a dependent position against gravity can cause muscle tissue to break down. And this is something that we worry about. So if you haven't heard from an elderly friend for a period of time, it's always good to call and check in. And if you don't hear from them, I'd start to get worried.

Bill Paolo, MD: The final thing to note is that a lot of individuals are on blood thinners when they get older -- aspirin, Coumadin, Plavix -- and all of these medications can make bleeding much easier. So a little bump on the head, while it might not be concerning, again, in that 24-year-old male we talked about earlier, really worries me if you're a 78-year-old and you're on Coumadin. And it necessitates a lot more in the emergency department.

Bill Paolo, MD: So the first thing I do when I see somebody who fall is, I talk to them and ask them what hurts. The second thing I do is find out if they're on anything that can make their fall more worrisome, like Coumadin or a blood thinner. And then the third thing I would do if I was first responding to this is, I would call EMS and try to get some help with stabilizing a person before they moved.

Bill Paolo, MD: And the final thing, if I haven't heard from somebody in a while, I often worry that they can't move, and I go and I check on them.

Host Amber Smith: You've been listening to Dr. Bill Palo from the department of emergency medicine at Upstate Medical University. 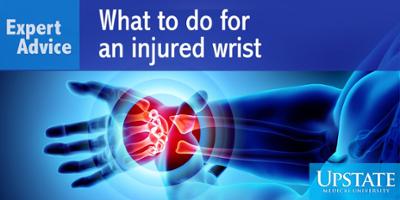 Expert Advice: What to do for an injured wrist 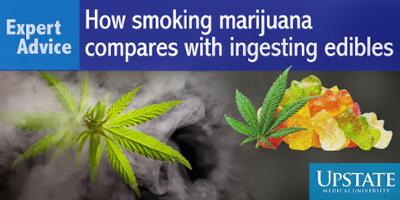 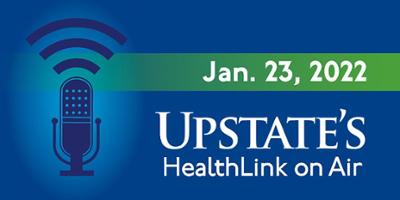 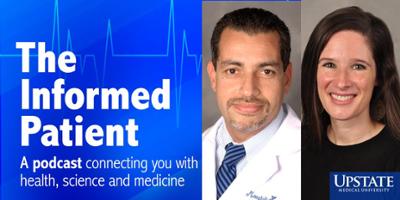