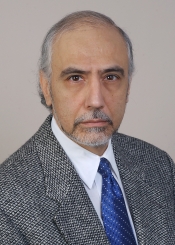 In the past 20 years, our laboratory has been concerned with physiological and pathophysiological aspects of cardio-renal integration, primarily related to neurohormonal control of body fluid-volume and pressures. Current areas of research include circulatory and tissue renin-angiotensin-aldosterone axis, natriuretic peptides, nitric oxide, prostaglandins, and more recently, the newly discovered hormone leptin. This hormone is primarily synthesized and secreted by adipocytes, and one of its major well described functions is the control of appetite. However, in addition to its role as an "antiobesity hormone," increasing evidence suggests that leptin may have potent effects and wider actions influencing autonomic, cardiovascular, endocrine and renal functions. Indeed, novel observations from this and other laboratories have suggested important natriuretic and vascular actions of this peptide-hormone during pharmacological infusions. However, the cardio-renal role of endogenous leptin is not well characterized, either during homeostasis or in pathological conditions. Basic and clinical research from our laboratory is directed at examining mechanisms of action, hemodynamic factors and neurohormonal interactions involved in the biological expression of leptin in healthy and disease states, such as obesity, hypertension and heart failure.