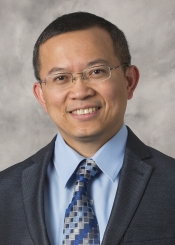 Background: The peak incidence of vasospasm in aneurysmal subarachnoid hemorrhage occurs between the fourth and 10th day post bleed, occurring in up to 70% of patients. 1 Occasionally patients develop early (within 48 hours) or late (beyond 10 days) from initial aneurysm rupture. Different mechanisms account for the temporal differences in occurrence of vasospasm in aneurysmal subarachnoid hemorrhage. 2 The purpose of this study is to determine predictors of early and late vasospasm to select patients who may benefit from early intervention (for patients at risk for early vasospasm) or prolonged observation (for patients at risk for late vasospasm). Hypothesis: We hypothesize that we can identify clinical predictors of early and late vasospasm in aneurysmal subarachnoid hemorrhage. Methods: 226 consecutive patients with aneurysmal subarachnoid hemorrhage who developed vasospasm were studied. Patients were grouped into two categories. Patients who developed vasospasm within 48 hours or beyond 10 days from suspected aneurysmal rupture and were compared to the rest of the cohort. Potential predictors were identified using univariate screen. Multivariable logistic regression models were then used to determine the independent effect of each predictors and adjusted for age, sex, method of aneurysm repair, Hunt and Hess grade and Fisher group. Results: 28 patients out of 226 developed early vasospasm.Fisher group (OR 3.4, 95% CI [1.1, 10.5], p = 0.03), early evidence of infarction on admission CT (OR 1.7, 95% CI [1.1, 24.5], p = 0.03),and aneurysm size (OR 1.1 for every mm increase in size above 7mm, 95% CI [1.0, 1.2], p = 0.03) appear to be independent predictor of early vasospasm.Early intensive insulin treatment is associated with reduced risk for early vasospasm (OR 0.3, 95% CI [0.1, 0.8], p = 0.02). Occurrence of early vasospasm independently increased the risk of poor outcome (OR 8.4, 95% CI [2.4, 29.9], p <0.01). 13 patients out of 226 developed late vasospasm. Age was found to be an independent predictor of late vasospasm, increasing risk by 7.2% (95% CI [1.6, 13.1], p = 0.01) for every year above 50.Blood transfusion appear to be protective for late vasospasm (OR 0.2, 95% CI [0.05, 0.77], p = 0.02). The occurrence of late vasospasm did not increase the risk of poor outcome. Conclusion: Patient characteristics may predict early or delayed vasospasm. Early vasospasm is a an independent risk factor for poor outcome. Early treatment of hyperglycemia with insulin suggest protective effect but does not prevent delayed vasospasm. More research is needed to determine the true relationship of aneurysm size and age in predicting vasospasm, and of hyperglycemia management and blood transfusion in preventing vasospasm.