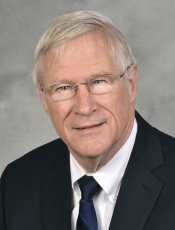 August 16, 2018
excellent
July 9, 2018
I have been a patient of dr jubelt for over 10 years and have no complaints.
June 22, 2018
*Dr. Jubelt is the best. Not only is he a bright doctor he is also compassionate and treats people with respect.
December 11, 2017
I have no pain issues this visit. Dr Jubelt is the best as a provider and as a person. I am very fortunate he is my Neurologist.
December 5, 2017
Great doctor. I would totally recommend Dr. Jubelt. Great bedside manner.
November 14, 2017
good experience
October 10, 2017
DR JUBELT IS A GREAT PROVIDER WHO SPENDS TIME AND ANSWERS ANY CONCERNS THAT I HAVE
September 17, 2017
Again, Dr. Jubelt is a wonderful doctor. He is the only doctor I have have ever had such an open, trusting relationship. I dread the day I receive news he will retire.
August 29, 2017
Fortunately for me, I am not in any pain. Aside from some stiffness due to my MS, I'm in generally good health.
June 27, 2017
I asked to raise my medication & it was never done.
June 18, 2017
Dr. Jubelt is unique in his humility and in the thoughtfulness he extends toward his patients. Patients come from out of town to be treated by Dr Jubelt and I only wish he will never retire from treating MS patients. He has been my neurologist since 2003 when I was first diagnosed. I am so thankful that he is my doctor.
April 20, 2017
I feel fortunate to be a patient of *Dr. Jubelt's. He is extremely knowledgeable, thorough and never rushes.

Post-Polio Syndrome(PPS) in the Mouse.  We have developed a model of PPS in the mouse in order to analyze pathogenesis and try different modalities of treatment.  The growth factors GDNF and IGF1 have resulted in improved strength of the Post-Polio mouse.

4.  Jubelt B et al. Retrograde viral delivery of GDNF and IGF1 prevents the development of late weakness (Post-Polio Syndrome) in a mouse model. Neurology 2009 (suppl 3):A362.