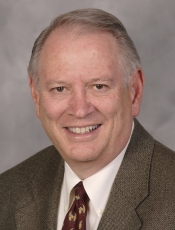 Comparative efficacy of psychotherapy and medication treatments. Psychodynamics and personality.

This program of studies attempts to delineate the relative merits of biological and psychosocial treatments for psychological distress. Along with critical reviews of the outcome literature, the project examines the potential biases inherent in typical outcome study designs. The aim is to decrease the level of uncertainty about the potency of various treatments and provide guidelines for increasing effectiveness.

This work involves a series of studies geared toward understanding critical factors in the development of personality and various forms of psychopathology. The validity of a variety of hypothesis derived from psychodynamic personality theory is assessed. A goal is to sharpen the understanding of what motivates various behaviors and thereby enhance the impact of psychological treatments.

4/21/17 Assessing the value of talk therapy, with or without medication, to treat mental health disorders
Top