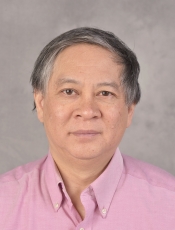 My group has pioneered the use of optical imaging techniques for the functional imaging of the neocortex and retina. We have extensive experience in conducting such imaging studies, constructing suitable stimuli, mapping the functional organization of visual cortex and analyzing the resultant data. We also have conducted several published studies using multi-electrode single unit recordings in the primate visual cortex, exploring the relationship between receptive field properties, functional subcompartments and functional connectivity. We were the first group to show functional imaging of monocular compartments and color organization in primate V1, and color and disparity organization in V2. We also pioneered the use of such cortical maps of functional organization to guide subsequent electrophysiological studies. This experience should help ensure a success the proposed research plan on binocular integration and cortical plasticity. Our preliminary results using these approaches have observed short-term shifts of interocular balance induced by monocular deprivation (STMD) in primate V1, using both functional imaging and multiple electrode recordings. These results parallel human psychophysical results and begin to reveal the underlying neural mechanisms of these important binocular dynamics in the adult, confirming that we have the tools and means to conduct the proposed research plan. We are presently submitting a manuscript covering the optical imaging of STMD.

American Association for the Advancement of Science (AAAS)