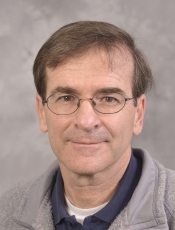 The phototransduction pathway in rods and cones converts light signals into electrical signals that are relayed to the inner retina and brain structures. Central to the operation of the phototransduction pathway are feedback mechanisms that shape the electrical signal to prevent saturation and extend the range of the responses. We are currently investigating the development of these feedback pathways. Is the strength of the feedback dependent on the age? Is there a genetic program controlling the strength of the feedback? Is the information extracted from the visual world a function of age? Using electrophysiological and pharmacological tools we are assessing the strength of calcium-dependent feedback loops in rods and cones of Xenopus at various stages of development.

Mutations in rhodopsin and retinal degeneration

Perhaps one of the leading objectives of modern neuroscience is to establish links between genes and behavior. The issue takes a critical turn when particular mutations in the gene of interest result in disease, and in the case of the visual system, loss of sensitivity and blindness. In the case of rhodopsin, more than 90 mutations have been identified that result in visual deficits. We are studying how specific mutations (E113Q, G90D) in rhodopsin alter rod function and visual sensitivity. To this purpose we are generating transgenic Xenopus expressing rhodopsin with the point mutation of interest. The functional status of individual rods is evaluated with suction electrode techniques. Visual sensitivity of transgenic animals is determined using a behavioral assay we developed recently.