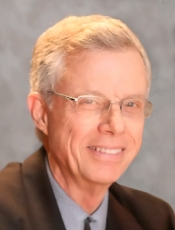 Stephen Faraone, PhD, is a Distinguished Professor in the Departments of Psychiatry and Neuroscience & Physiology at SUNY Upstate Medical University and Director of Research for the Department of Psychiatry. He is also Senior Scientific Advisor to the Research Program Pediatric Psychopharmacology at the Massachusetts General Hospital and a lecturer at Harvard Medical School and holds an honorary professorship at the KG Jebsen Centre for Research on Neuropsychiatric Disorders at the University of Bergen, Norway. Prof. Faraone studies the nature and causes of mental disorders in childhood and has made contributions to research in psychiatric genetics, psychopharmacology, diagnostic issues and methodology.

An author on over 900 journal articles, editorials, chapters and books, he was the eighth highest producer of High Impact Papers in Psychiatry from 1990 to 1999 as determined by the Institute for Scientific Information (ISI, Science, 2000, Vol 288, pg 959). In 2005, ISI determined him to be the second highest cited author in the area of Attention Deficit Hyperactivity Disorder (http://www.esi-topics.com/add/interviews/StephenFaraone.html) and in 2013 he was the third most highly cited researcher in psychiatry and psychology. (http://academic.research.microsoft.com/). From 2014 to 2017 he has been listed as a highly cited researcher by Thomson Reuters/Clarivate Analytics. His lifetime H-Index as of Feb 2018 was 188 and his mean Relative Citation Ratio of 2.78 exceeded the 90th percentile as tabulated by the National Institute of Mental Health, https://icite.od.nih.gov/stats.

Prof. Faraone is Editor for the journal Neuropsychiatric Genetic, Program Director of the educational website www.adhdinadults.com and project lead for www.NewBrainNutrition.com. He is Vice President of the World Federation for ADHD and a Board member for the American Professional Society of ADHD and Related Disorders. He founded the ADHD Molecular Genetics Network in the 1990s and was a founding member of the Psychiatric Genomics Consortium’s Coordinating Committee.

In 2002, Prof. Faraone was inducted into the CHADD Hall of Fame in recognition of outstanding achievement in medicine and education research on attention disorders, in 2004 and 2008 he was elected to the Vice Presidency of the International Society of Psychiatric Genetics and in 2015 he was elected to the Vice Presidency of the World Federation of ADHD. In 2008, he received the SUNY Upstate President’s Award for Excellence and Leadership in Research. In 2009 he was awarded Alumni Fellow status at the University of Iowa. The Alumni Fellows program, recognizes College of Liberal Arts and Sciences graduates or former students for their outstanding contributions to society, their professions, the College, and the University of Iowa. In 2010 he received the Chancellor's Award for Excellence in Scholarship and Creative Activities from the State University of New York. In 2013, he was awarded the title of Distinguished Professor by the State University of New York. The Distinguished Professorship is conferred upon faculty having achieved national or international prominence and a distinguished reputation within the individual’s chosen field through significant contributions to the research and scholarship, or through artistic performance or achievement in the fine and performing arts. In 2014, Thompson Reuters named Prof. Faraone on their list of The World’s Most Influential Scientific Minds for the fields of psychiatry and psychology (http://tinyurl.com/o5d48bp) and in 2016 and 2017 he was listed as a highly cited researcher by Clarivate Analytics (https://clarivate.com/hcr/2017-researchers-list/). In 2018, he was awarded the Lifetime Achievement Award from the International Society of Psychiatric Genetics.