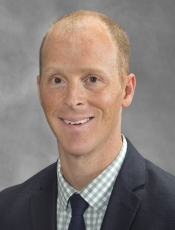 Dr. Auerbach biomedical research training began during his undergraduate studies at Skidmore College, where he majored in Human Physiology, with a minor in Law & Society. He continued his training, and earned a MS from the Department of Physiology & Biophysics at Case Western Reserve University. Next, he conducted his doctoral studies in the laboratory of Dr. Jose Jalife, a pioneer in cardiac arrhythmia mechanisms, at SUNY Upstate Medical University. He provided key insights into the substrates (structural heterogeneities) and triggers (alterations in ion channel expression and function) for the initiation of lethal cardiac arrhythmias. Subsequently, he completed a 3 year postdoctoral fellowship at the University of Michigan under the mentorship of Dr. Lori Isom, an expert in genetic sodium channel diseases. Dr. Auerbach demonstrated that in severe genetic forms of epilepsy, there are not only alterations in electrical function in the brain, but also in the heart, resulting in both seizures and cardiac arrhythmias. In 2014 Dr. Auerbach joined URMC and began to develop an independent line of research that employs a multi-system and multi-scale approach to investigating the implications that alterations in ion channel function and expression have on the susceptibility to electrical disturbances in the brain and heart.

The Auerbach Lab strives for a scientifically productive environment, through providing an inclusive and collegial environment for people to work together to advance our understanding of neuro-cardiac electrical disturbances. The group works together to mentor younger scientists, teach others new scientific approaches, and promote scientifically sound and reproducible results.

Patients with genetic ion channel diseases develop electrical disturbances in the brain (seizures) and heart (arrhythmias) that can lead to sudden death. Our lab takes a multi-system approach to advance our understanding in the prevalence and mechanisms for neuro-cardiac electrical disturbances. For example, we perform patient database analyses to examine the co-prevalence and risk of seizures and arrhythmias. Then using cellular and animal models of the disease we perform molecular/biochemical and electrophysiological approaches to understand the underlying mechanisms for these neuro-cardiac pathologies. Ultimately, these results are validated using patient databases, and thus complete the full bedside-to-bench-to-bedside paradigm.

Millions of Americans have epilepsy and they are at a high risk of sudden death (e.g., Sudden Unexpected Death in Epilepsy, SUDEP.) Unfortunately, the underlying mechanisms remain unknown. An algorithm that integrates biomarkers for each of the proposed mechanisms for SUDEP will revolutionize our ability to predict and prevent SUDEP. As cardiac events are one mechanism for SUDEP, we are investigating whether the patient's cardiac ECG provides clues into the risk of SUDEP. Also, we are testing whether cardiac ECG measures provide a novel outpatient method to distinguish the type of seizures.