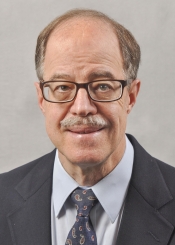 Dr. Mariani has served on the Emergency Medicine faculty at SUNY Upstate Medical University for more than three decades and has treated more than 70,000 ER patients during his career. He is a Phi Beta Kappa graduate of SUNY Stony Brook where his teachers included Nobel laureates CN Yang (Physics) and PC Lauterbur (Medicine). He received his Doctorate of Medicine from the University of Rochester in 1983 and completed Emergency Medicine residency three years thereafter at the Medical College of Pennsylvania.

Dr. Mariani has worked extensively in regional and national peer review and health care dispute resolution. In 1989, he joined the American Health Lawyers Association and the American Arbitration Association. He was subsequently appointed to the AAA's Panel of Commercial Arbitrators and its Independent Health Consultant Panel. He has served on Upstate's Judicial Board and Task Force on Tolerance, as well as its QA, Compliance, Ethics, and Patient Dispute committees. He has served as peer reviewer for the NYS Office of Professional Medical Conduct and for IPRO, the regional CMS Quality Improvement Organization.

In 2005, Dr Mariani began subspecialty practice in Hyperbaric Medicine. In 2009 he achieved ABMS board certification, scoring in the 95th percentile among candidates taking the national certification exam. In 2011, he was additionally certified by the American College of Hyperbaric Medicine, receiving the highest score in the nation among the year's examinees. In 2014, through Upstate's program of Distinguished Faculty Recognition, Dr Mariani retired as tenured Professor and was bestowed Emeritus status. He continues per diem clinical work in Undersea, Hyperbarics, and Wound Care in the CNY region, and performs peer review and utilization review nationally.