AB, a 15 year-old recent immigrant from the Middle East, presented to her primary care provider with abdominal pain. During her exam, she disclosed sexual activity a few weeks prior by her uncle (mother’s brother), who lives in the same community as her immediate family. She was referred to Dr. Bradley, a physician in a special child abuse and neglect treatment clinic based at a local hospital for further evaluation. During her intake examination with Dr. Bradley, she strongly emphasized that she did not want her family or the police to be notified about the sexual activity. Dr. Bradley, however, felt obligated to report the situation to child protective services; child protective services would then notify the police. The teen became distraught and explained that she “could handle” her uncle, but feared what would happen if her family was alerted. She explained that it was customary in her culture for the family of an affected female child to carry out a vendetta against an abuser, which would force her mother to do something horrible to her own brother. Dr. Bradley however is concerned about the teen’s physical and emotional well being, and the risk of serious harm from continued abuse. What should Dr. Bradley do?

Suspected child abuse raises several legal issues, foremost among them the mandatory reporting duties of physicians. Physicians are among the list of identified individuals who are mandated to report an instance of child abuse if having reasonable cause to believe the patient is a minor and has been abused. Actual proof of abuse is not required; reasonable suspicion is sufficient. There is no specific distinction between physical and sexual abuse in NYS law; both are covered under mandatory reporting of child abuse. Key is that the child abuse (on someone under the age of 18) results in serious risk of injury, serious or on-going injury or disfigurement, or serious or on-going impairment to physical or emotional health. It is also worth noting that NYS criminal law distinguishes between statutory rape of someone 14 or younger and sexual abuse. Law does not limit reporting to suspected abuse by family members; non-relatives may also be considered.

The law will then look to see if the suspected abuser fits certain characteristics: Did a parent, guardian, custodian or other person legally responsible inflict or let be inflicted that abuse? Custodians include someone who is routinely in the same household as the child, which may include AB’s uncle. And, other person legally responsible is defined to include a legal adult responsible for the child’s care “at the relevant time” (e.g., daycare providers or coaches). If the uncle is given this sort of responsibility by AB’s mom, he could also fit the definition. Notably, NYS law gives wide berth to physicians to report if they have reasonable cause behind their beliefs (high presumption of “good faith” reporting), without requiring extensive research. If Dr. Bradley has reasonable cause to believe this is a reportable abuse case, she must first immediately make an oral report to the local Child Protective Services agency (CPS) or to the state Central Register of Child Abuse and Maltreatment. Within 48 hours, she must also submit a written report to the local CPS.

In sum, the law places the safety of children as paramount in matters of suspected abuse; thus the “mandatory” nature of reporting. While this may seem onerous, it seeks to remove possible bias from seeping into reporting. Dr. Bradley should also consider the ability of AB to consent to STD treatment, family planning services, and to some mental health counseling, and also to confidentiality obligations that attach to such treatment.

Both the primary physician and the consulting pediatrician, by virtue of establishing doctor-patient relationships with AB, owe her respect for her privacy and compliance with her wishes for confidentiality, unless her actions lead to harm to herself or specific others. If either physician were to talk with AB’s mother or uncle against AB’s wishes, AB might not seek medical care in the future, such as evaluation of physical trauma, evaluation and treatment for STDs, and prenatal care if she becomes pregnant. Regarding AB’s future well being, both physicians should offer or arrange counseling about safe sex, contraception, options for pregnant teens, and community shelters/resources such as Vera House.

While teens may exaggerate the harms from parental notification, more needs to be learned about AB’s family and culture: her concerns should not be minimized or ignored. AB should be told that child abuse requires reporting and what the consequences of reporting may be, such as legal action against her uncle for abuse. If there are concerns about any discretion in reporting a particular case, hospital social work should be consulted. Physicians caring for children usually require parental consent for treatment. Some physicians will not see minors without parental consent, although the law in New York State does not require parental notification or consent for the evaluation of STDs, pregnancy, medical and mental health emergencies and treatment of drug abuse.

Since parents generally have the well-being of their children at heart and children may not have the maturity/capacity to truly understand complex medical scenarios, physicians have dual responsibilities to both their minor patients and their patients’ parents. In sum, to the degree possible allowed by the law, AB’s privacy and confidentiality must be protected, while striving to minimize any future harm through patient education and mandated reporting.

Occasionally, situations arise like the above where the ethical and legal concerns may seem to contradict each other and hospital social workers or further evaluation by a child abuse specialist may be helpful. However, the physician who willfully does not report a suspicion of abuse (no matter how small) is guilty of a Class A misdemeanor. Physicians often feel they need to have a diagnosis of abuse. However, reporting of child abuse does not require a diagnosis of abuse, but merely a suspicion of abuse. Further investigation and the final determination should be left to the authorities. 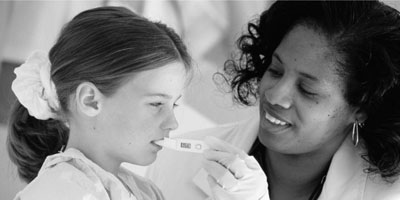 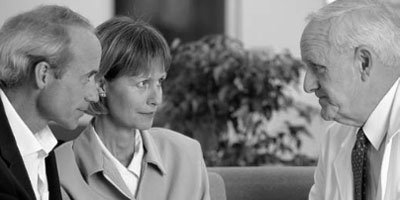 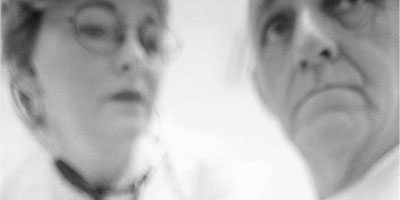