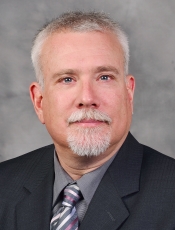 Professor of Biochemistry and Molecular Biology

Regulation of actin dynamics and analysis of genomic influences on actin function.

My laboratory is interested in how actin associated proteins regulate the assembly and organization of the actin cytoskeleton in eukaryotic cells. The actin protein polymerizes to form dynamic filaments that are central to the organization and remodeling of all eukaryotic cells. Our investigations into actin regulation employ a powerful model organism, the common bread/beer budding yeast called Saccharomyces cerevisiae. The proteins we study are conserved in structure and function thereby allowing us to use powerful tools to unravel their functions with biochemistry, cell biology,''genetic, structural biology and molecular biology techniques. Our current studies are focused on understanding four actin regulators: Our goals are to: 1) Understand the detailed mechanisms by which these proteins regulate these processes, and 2) To use these projects to train young scientists in the application of modern technologies to important fundamental problems in biology.